Do it for the Vine. I ain’t gonna do it.

Ford has long rallied around its “Built Ford Tough” slogan to sell modern-day F-Series pickups, but this man’s Model T pickup provides a whole new meaning for the tagline. Randall Pitman has owned his 1927 Model T pickup for 70 years and he still drives it to this day, starting it with the hand crank every time. The CBC reported on Pitman and his…

The next time someone says the world is better off without Hummer, consider this vehicle: the Mud-Maro. It’s a first-generation Chevrolet Camaro that sits atop a Hummer H1 chassis and fitted with knobby mud tires. It appeared on YouTube channel Hoonigan AutoFocus last Friday. The build comes from owner Chris Highman, who brought the creation to an…

Expensive Volkswagens don’t exactly have great reputations for reliability, serviceability, or cost of maintenance, so when the company decided to build the ridiculously feature-laden luxury cars known as the VW Passat W8 and VW Touareg V10 TDI, they, in some ways, unleashed two maintenance time bombs upon the earth.…

Since the debut of the new BMW Z4, it’s been compared to a lot of genuine sports cars. It’s taken on the Porsche Cayman, its Toyota Supra sibling and even BMW’s own M2. Most of the time, it’s considered to be the softer car in the comparison, the less exciting but more comfortable car. So does that make it more of a mini-grand touring car than a proper sports car? Evo Magazine recently asked the same question.

To be honest, it’s a good question. Understanding what a car is allows its driver to appreciate it more. Take the BMW M850i for instance. Many enthusiasts complain that it’s sporty enough or sharp enough. But when you realize it’s not meant to be, and it’s more of a GT car, then it starts to make much more sense. Does the same go for the BMW Z4? Does it need to be considered more of a sports car? 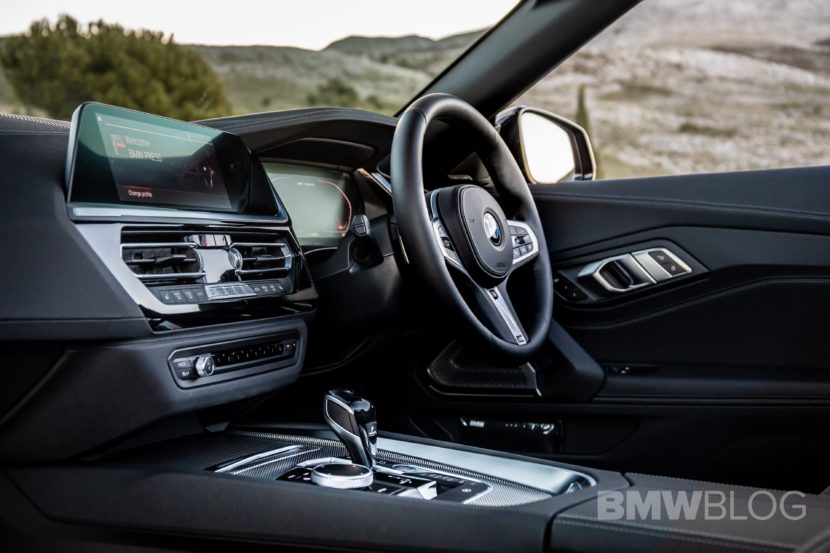 After reading the Evo Magaine review, and having personally driven both the Z4 sDrive30i and M40i, I’m going to say no. However, I will say that your expectations need to be tempered a bit prior to driving it. The new BMW Z4 is a sports car, not a GT car. It’s small, darty and quick. However, it can be a bit misleading at times because it’s so refined. The suspension, even in stiffer setups, is comfortable and compliant. The ride, even with the top down, is silky smooth, without a hint of cowl shake or chassis flex, which is remarkable for a convertible.

So sometimes it gives the impression that it’s more of a GT car than a sports car. But push it hard and you’ll find a car that likes to play. I recently drove a BMW Z4 M40i on an autocross course and was really impressed with how fun it was. The front end is very sharp and it likes to rotate. There’s also a ton of grip. Is it as fun to drive as a Porsche Boxster? No, it isn’t. But the Z4 is the more comfortable, refined car and it has the better engines. So it certainly has its place and it doesn’t need to be labeled a GT car to be appreciated. It’s just a more civilized sports car. A gentleman’s sports car, if you will.

The article Evo Magazine: Is the BMW Z4 a sports car or small GT car? appeared first on BMW BLOG

BMW art cars are a tradition all their own, but Andy Warhol’s M1 Art Car is perhaps the pinnacle of them all. This year, the M1 Art Car turns 40 years old, and to celebrate, BMW looked to capture the car in a new light. Following a social media contest called Shootout 2018, BMW Classic awarded 29-year-old German photographer Stephen Bauer the…

We see a lot of deals around the web over on Kinja Deals, but these were our ten favorites today.

Dodge has never made a factory convertible from its modern-day Challenger coupe, but if it did, we imagine it would look something like this. Yet, these aren’t renderings or Photoshopped pictures. The car seen here is real and for sale at a North Carolina dealership. Motor Authority spoke with representatives from Keffer Dodge, Chrysler, Jeep, Ram…

The internet is really useful for many things, ranging from letting your wi-fi enabled refrigerator to blast Yoo-Hoo ads 24/7 to letting you play Canasta with a naked man halfway across the world. But one of the things it truly excels at is spreading misinformed hysteria, often about driving. Such a case is the…

The internet is really useful for many things, ranging from letting your wi-fi enabled refrigerator to blast Yoo-Hoo ads 24/7 to letting you play Canasta with a naked man halfway across the world. But one of the things it truly excels at is spreading misinformed hysteria, often about driving. Such a case is the…