Everyone knows that there’s no problem that a good roll of duct tape can’t fix. Chances are, though, you probably weren’t imagining its practical application outside our own atmosphere.

Dale Lomas knows every inch of the Nürburgring. As a founder of the website BridgeToGantry, Lomas has covered all sorts of ‘Ring events, shuttled folks around in Ring Taxis, and raced in many VLN and other ‘Ring racing events. So to see him surprised by a certain vehicle that appeared recently at the German racetrack is a big deal. That’s why…

It will be on view at the Harley-Davidson Museum and it looks like the perfect hauler for next year’s ride out to Sturgis. “Harley-Davidson is one of the most iconic brands in the world,” said Jeff Burttschell, Tuscany Motor Co. VP, in a statement. “The new truck was designed to evoke the same sense of power and freedom as the Harley-Davidson motorcycles that inspired it.” 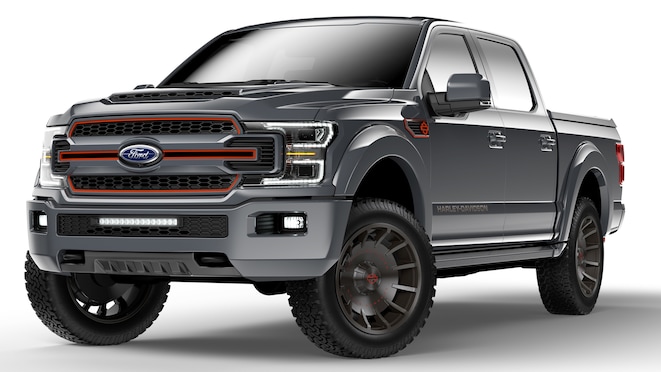 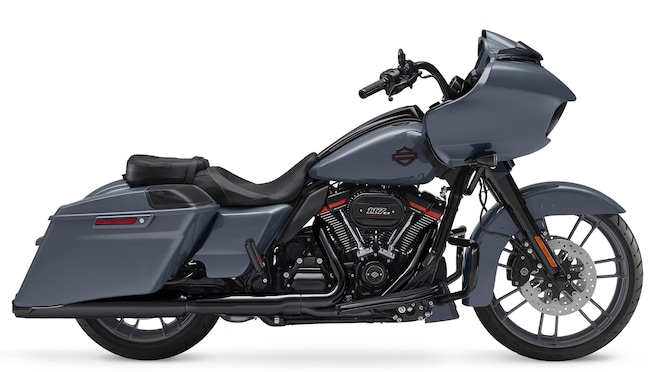 It sure looks like a great time to head to Milwaukee and join the weekend party. Besides the concept trucks, there’s a custom bike show, bands, tours, food, and more at the H-D Museum.

How can Lamborghini make its outrageous flagship V-12 engine even better? With batteries.

After years of keeping the idea of hybrid power at arms’ length, Automobili Lamborghini will use a V-12 with hybrid-assist as the powerplant for the successor to the Aventador.

Maurizio Reggiani, Chief Technical Officer of Automobili Lamborghini, said emissions and noise regulations are forcing the automaker’s hands somewhat. But Lamborghini is making the best of the situation.

“The successor to the Aventador will be V-12 naturally aspirated. We can add a hybrid or plug-in to respect all the rules of fuel consumption and emissions,” Reggiani said in an interview with Motor Trend during Monterey Car Week, where Lamborghini revealed the Aventador SVJ (pictured).

How would the hybrid system work?

“Maybe we have hybrid boost for turbo-like performance,” Reggiani said. “When I have a tank of energy, I want to use what is best for homologation. Once you fulfill that requirement, the additional energy can be used for performance.

“We have the anima selector, for Strada, Sport, and Corsa driving modes. In Strada, we never use the [battery] energy as a boost [perhaps using hybrid power for EV-only operation in urban centers]. In Sport, we use the electric power in the rear axle with electronic torque vectoring to have more control. And in Corsa, we send the electric boost to the wheel that can best transfer the torque at any speed.”

Using turbos to boost performance likely is a one-off, just for the Urus, Reggiani added.

“If you want to move a car weighing 2.2 tons on every surface, even if it’s gravel or sand, you need an engine that provides huge torque at 1,500 rpm. Only a turbo can provide this. The decision of using a turbo was based on the mission of the car. Supersports cars don’t have this kind of mission,” he said.

Lamborghini may also add a fourth mass-production vehicle to its lineup, Reggiani said. Once Lamborghini gets its assembly processes up to speed with Urus and is confident of its consistent volume, it will consider another volume vehicle.

“When we did Urus, we were consistent with our history, in which the Espada was a real four-seater. If you also look at our history, we had a proper 2+2, which was the Islero,” Reggiani said, without clarifying if such a car would be a smaller SUV, a sedan, or a 2+2 coupe. The next-gen Aventador may not be the only product with electrification in its future, as it was previously rumored that the Huracán’s successor would be a hybrid, as well. Back in 2016, Reggiani also confirmed a plug-in hybrid variant of the Urus was in the works.

More recently, we saw that angry roadster imagined as a coupe, in a recent render. That render honestly just made it look like the Toyota Supra with which it shares its chassis. It looked cool but, ultimately, just like a Supra. Now, the same person behind that Z4 Coupe render has come up with another — a BMW Z4 M40i Shooting Brake.

As a car enthusiast, I love a good shooting brake as much as the next guy but I’m not so sure about this. Admittedly, there is a part of me that really likes it, as it reminds me of the BMW Z3 M Coupe, the famous Clownshoe, which was an odd looking car but a hilariously fun oddball of a thing. Though, I’m not so sure it works as well on this new Z4.

While the back end, the shooting brake end, looks cool on its own, its quirkiness doesn’t match the rest of the car. The new BMW Z4 is too serious, too angry looking to have a funny looking shooting brake design. The original BMW Z3 was a fun looking car to begin with, so adding an odd coupe-like rear end just made it even funnier. This, though, just looks a bit off.

Don’t get me wrong, if BMW ever makes a Z4 M40i Shooting Brake, I’d drive the hell out of it because it would be awesome. But I’m just not so sure about how it would look.

These are the best Labor Day sales happening right now, so you can spend the money you’ve made from all your labor. Keep checking back, as we’ll continue to add more throughout the holiday weekend.

Texas Motor Speedway president Eddie Gossage is more territorial than a cat claiming a cardboard box, and hoo boy, people are really stepping on this cat’s tail this week. But do you know what else cats have? They have claws. Gossage’s have come right on out, and it is not pretty.

Drivers around the world will need more information and education on electric cars if automakers are to realize zero-emissions goals. Mercedes-Benz has taken a creative step to show drivers that they may be ideal candidates for a switch to the electric lifestyle. The German luxury brand is testing the waters with its “EQ Ready” smartphone app in…

Looking at old, expensive and famous cars is great and everything, but it’s a whole other thing altogether to see them hanging out on the racetrack and in the paddock. That’s where they’re meant to be and the Rolex Monterey Motorsports Reunion does just that.

The other day I saw a Volvo XC60 driving through traffic while I walked to the subway. It’s a handsome car, or crossover I could say, but even I was surprised. “Why is the hood so big?”